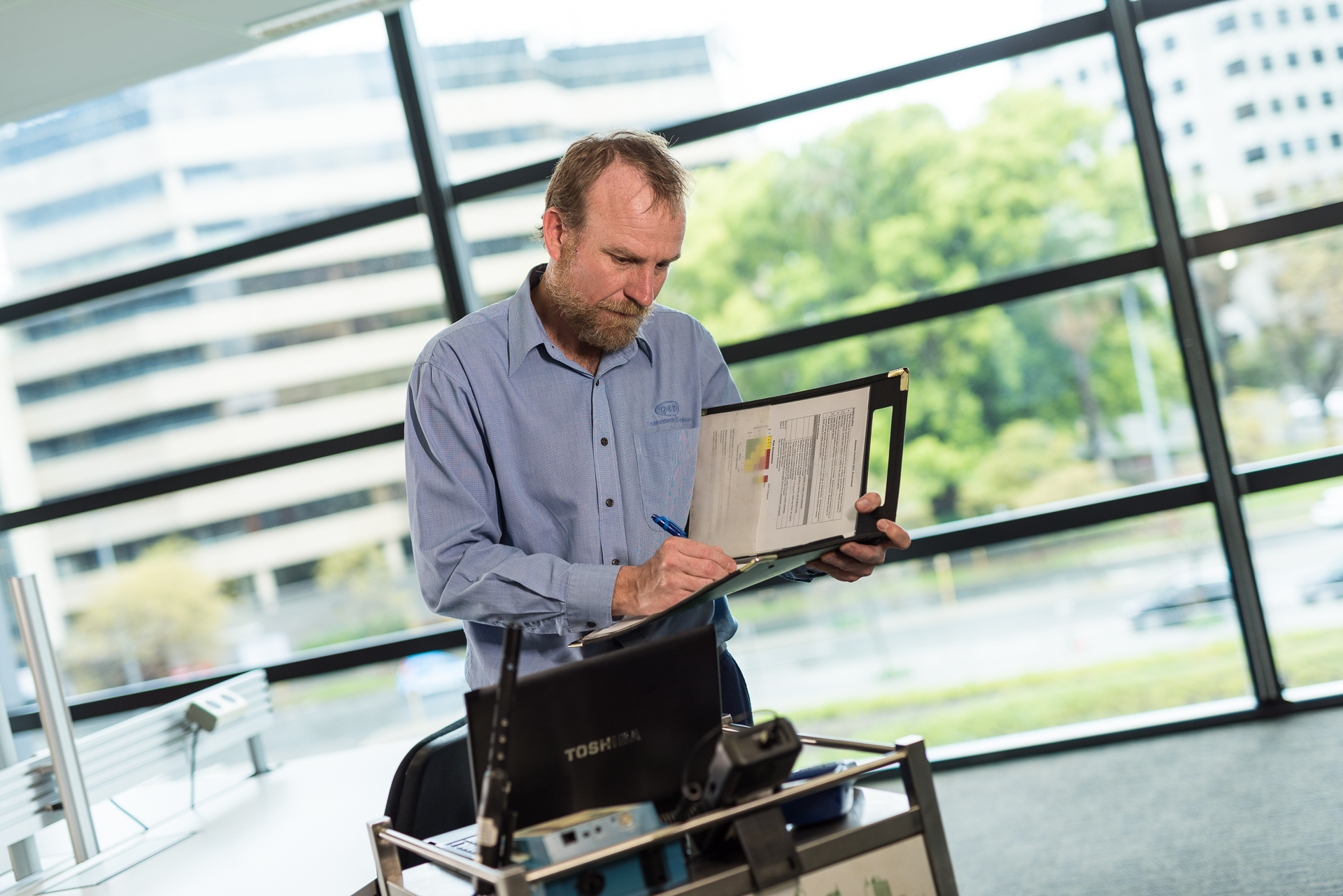 NABERS Indoor Environment for Offices: Rules for collecting and using data version 1.0 has now been in operation for over 12 months.

Having undertaken ratings under the new rules we would like to quickly share our thoughts with you on our findings thus far.

Simply put, the main impact is changes to the way data is collected and to the way the data is used to calculate the star rating. In reviewing the rules, the NABERS National Administrator’s goal was to deliver a simpler, more robust tool that utilised up-to-date sampling instrumentation and aligned with the most recent IE quality standards and guidelines.

The most obvious change to the NABERS IE tool has been the expansion to 6 Stars, aligning it with the other tools in the NABERS rating suite.

To address concerns about the complexity of the rating, the score for each parameter is now determined by comparing the data directly to the population of other rated premises, and is provided on a more intuitive scale from 0% to 100%.

Whereas the previous protocol looked at average daily temperatures (allowing the occasional outlying temperature to “slip through the cracks”), the new tool assesses each hourly temperature log so it is imperative that the data is not only collected, but is carefully monitored to ensure that temperatures remain within the adopted guidelines at all times.

QED has developed a tool to simplify the analysis of the temperature logs and, where this system has been implemented, the feedback provided to building managers has led to marked improvements in compliance.

We see this trend continuing, so as sensor technology advances and costs continue to fall, the NABERS National Administrator is likely to place more emphasis on long-term logged data.

The new Codes of practice have now been legislated under the Work Health and Safety Laws (WHS) replacing the original NOHSC documents....

Mid 2021 saw emerging discussion in property circles about coming bifurcation in the office sector. That encouraging workers back to the off...

The new Codes of practice have now been legislated unde...